News: The Prime Minister has released the next instalment of financial benefit under PM Kisan Samman Nidhi through video conference.

Other Similar programmes by States:

News: National Jal Jeevan Mission has launched an innovation challenge in partnership with Department of Promotion of Industry and Internal Trade to develop portable devices for water testing.

What was the need of this challenge? 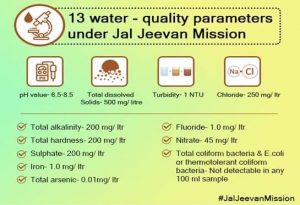 News: Singapore’s vibrant street hawker culture has been designated as an Intangible Cultural Heritage by the Unesco.The street hawker centres are representative of Singapore’s multiculturalism with stalls selling cheap, delicious food of Chinese, Malay, Indian origins among others.

News: Directorate General of Training(DGT) has joined hands with Microsoft and NASSCOM Foundation to provide digital content for ITI students and also future-ready employability skilling program via the Bharatskills portal.

News: Indian Space Research Organisation(ISRO) has released the first set of data from Chandrayaan-2 Mission for the general public.

News: Researchers at the Indian Institute of Science Education and Research (IISER) have identified a gene called “BBX11”.

What is Chlorophyll? It is a pigment that gives plants their green color and it helps plants create their own food through photosynthesis ( a process by which light energy is converted to chemical energy through the synthesis of organic compounds).

Role of BBX11 in the Synthesis of Chlorophyll: The synthesis of chlorophyll in plants is a lengthy, multi-step process:

Significance of the study: This study could have tremendous implications in the agriculture sector in tropical countries like India and can help provide leads to optimise plant growth under stressful and rapidly changing climatic conditions.