News: The Government of India has constituted the Apex Committee for the Implementation of the Paris Agreement(AIPA).

News: India has rejected Organisation of Islamic Cooperation(OIC) unwarranted references about Jammu & Kashmir made in resolutions adopted at the 47th Council of Foreign Ministers(CFM) session.

News: Nagaland will be taking its 21st edition of the Hornbill Festival to a virtual platform from December 1 to 5,2020. 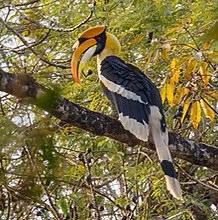 News: The Ministry of Labour has sought feedback from stakeholders on the draft rules under the Occupational Safety, Health and Working Conditions(OSH) Code Rules, 2020.

Key Provisions of the Draft Rules:

News: Indian Council of Medical Research(ICMR) has approved a dry swab-direct RT-PCR testing method for the COVID-19 developed by CSIR-Centre for Cellular and Molecular Biology(CCMB).

News: Japanese Hayabusa 2 spacecraft is nearing Earth after a year long journey home from a distant asteroid with soil samples and data that could provide clues to the origins of the solar system.