Explained: How has the Supreme Court interpreted Article 32 over the years?

News: The Supreme Court Bench headed by Chief Justice of India has observed that it is trying to discourage individuals from filing petitions under Article 32 of the Constitution.

News: The Prime Minister of India has virtually attended the 12th BRICS Summit. 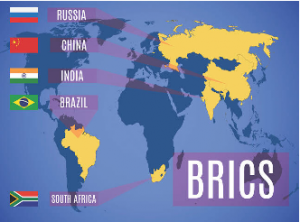 News: The World Health Organization(WHO) has announced that it will be celebrating Antimicrobial Awareness Week between November 18, 2020 and November 24, 2020.

News: Reserve Bank of India(RBI) has announced the setting up of an Innovation Hub under the chairmanship of Kris Gopalakrishnan.It has also selected two entities for testing products under regulatory sandbox structure.

News: The Prime Minister has unveiled the ‘Statue of Peace’ located at Pali, Rajasthan.

News: Astronomers have revealed that a large asteroid named ‘Apophis’ is expected to pass extremely close or may hit the Earth in 2068 due to a phenomenon called Yarkovsky effect.