News: Ministry of AYUSH and Invest India has formed a collaboration to set up a “Strategic Policy & Facilitation Bureau(SPFB)”.

News: NITI Aayog has released the draft model Act and rules for states for regulation on conclusive land titling.

Key Provisions of the rules:

News: According to a provision in the Code on Wages 2019, ‘conviction for sexual harassment’ can be a ground for denying bonus payouts to employees.

News: The Union Minister of State for Education has launched a website titled “Bandhu”.

News: Election Commission of India has revoked the Status of Congress leader Kamal Nath as a star campaigner for the party for repeated violation of Model Code of Conduct p(MCC) and for completely disregarding the advisory issued to EC.

News: Pakistan Prime Minister has officially announced to convert the disputed territory of Gilgit Baltistan (GB) into a full-fledged province. 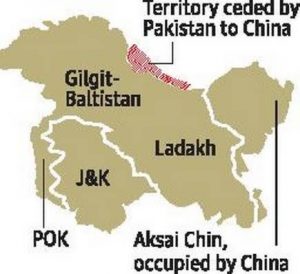 Other Developments by Pakistan in POK: