News: Pilibhit Tiger Reserve(PTR) and the Uttar Pradesh Forest department have bagged the first-ever international award, TX2 for doubling the number of tigers in four years(25 in 2014 to 65 in 2018) against a target of 10 years.

Explained: What are Negative Bond Yields?

News: The demand for negative yield bonds is on rise in the global market. 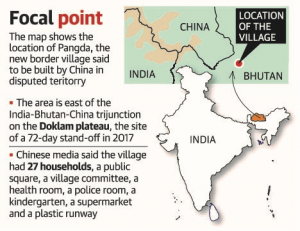 News: NITI Aayog has released a progress report on the National Nutrition Mission or the Poshan Abhiyaan.

Key Highlights from the report:

News: President of India has inaugurated the 80th All India Presiding Officers Conference.

News: Cyclone Nivar is expected to make a landfall in Tamil Nadu and Puducherry.