Explained: What is the Great conjunction of Saturn and Jupiter?

News: After nearly 400 years, Saturn and Jupiter will be brought closest in the night sky by an astronomical event called the “great conjunction” and popularly referred to as the “Christmas Star”.

News: Ministry of Road Transport and Highways has published a notification seeking comments from the public for adoption of E20 fuel to promote green fuel like ethanol.

Explained: A look at how Parliament sessions are convened?

News: Government has decided to cancel the Winter session of Parliament, citing fears over a surge in cases due to covid-19 pandemic.

Pratas Islands: A New Flashpoint in the South China Sea

News: Experts have warned about a possible Chinese attack to capture Pratas Island in the South China Sea. 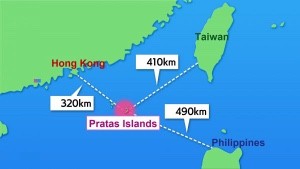 News: Indian Railways has issued a Draft National Rail Plan.The plan will be a common platform for all future infrastructural, business and financial planning of the Railways.

Key objectives of the Plan: