News: Sports Ministry has approved the inclusion of four indigenous Games to be a part of Khelo India Youth Games 2021.The games include Gatka, Kalaripayattu, Thang-Ta and Mallakhamba.

What is Khelo India?

Components of the programme:To accomplish the above objectives, Khelo India programme has been divided into 12 verticals,namely: 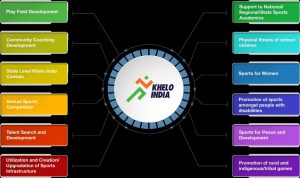 What is Shigella Infection reported in Kerala?

News: North Kerala has been put on high alert after an 11-year-old boy died and 20 suspected cases of shigella bacterial infection were reported.

What are the three indigenously developed systems?

‘Any exploitation of Sentinel Island will wipe out tribals’

News: Anthropological Survey of India(AnSI) has said that any exploitation of the North Sentinel Island of the Andamans for commercial and strategic gain would spell the death knell for its occupants, the Sentinelese, a most secluded, particularly vulnerable tribal group(PVTG). 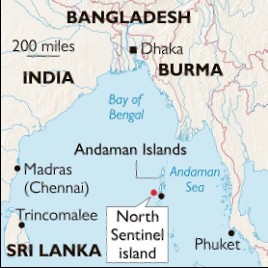 News: US Food and Drug Administration(FDA) has approved a first-of-its-kind intentional genomic alteration(IGA) in a line of domestic pigs referred to as GalSafe pigs.These pigs may be used for food and human therapeutics.

News: India is in talks with Maldives, Myanmar and Bangladesh to set up coastal radar stations as part of efforts to further expand the coastal radar chain network meant to enable real-time monitoring of the high seas for threats.

Explained: What is Positive Pay Mechanism?

News: From January 1, 2021, the Reserve Bank of India (RBI) will introduce the ‘Positive Pay System’ for cheque transactions above Rs 50,000 in a bid to enhance safety and eliminate frauds.