News: Union Government has for the first time laid down Rights to the Electricity Consumers through “Electricity (Rights of Consumers) Rules, 2020”.

Key Provisions of the Rules: 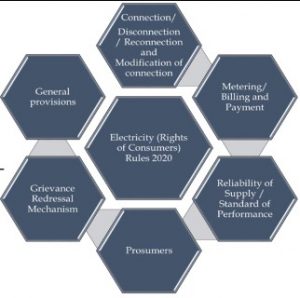 ‘Firefly bird diverters’ to save the Great Indian Bustard

News: Ministry of Environment Forest and Climate Change(MoEFCC) along with Wildlife Conservation Society(WCS) has come up with a unique initiative — a “firefly bird diverter” for overhead power lines in areas where Great Indian Bustard (GIB) populations are found in the wild.

News: US President has presented the prestigious Legion of Merit to Prime Minister Narendra Modi.

Prime Minister received this award for his initiatives in elevating the U.S.-India strategic partnership.

News: According to Status of Leopards in India 2018 report, released by Minstry of Environment, Forest and Climate Change, Western Ghats region is home to 3,387 leopards stealthily roaming around its forests.

As for region-wide distribution is concerned, the highest number of 8,071 leopards were found in central India and Eastern Ghats. The highest concentration of the leopard in India is estimated to be in Madhya Pradesh (3,421) followed by Karnataka (1,783) and Maharashtra (1,690).

News: The Commission for Air Quality Management in NCR and Adjoining Areas reviewed the progress of switching over of Industries operating in Delhi to Piped Natural Gas with the Government of NCT of Delhi, GAIL and Indraprastha Gas Limited.

News: The Government of India and the World Bank has signed a $500 million Green National Highways Corridors Project. 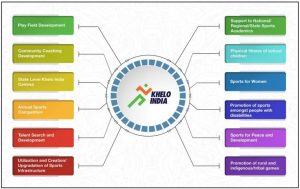 Note: Sports being a State subject, the responsibility of promotion of sports, including identification of young talent and its nurturing rests with State Governments. Government of India supplements the efforts of State Governments through its various schemes.

News: The United Nations (UN), United Kingdom (UK) and France have co-hosted the Climate Ambition Summit 2020 in partnership with Chile and Italy to mark five years since the adoption of the Paris Agreement.

Key Takeaways from the summit: